Stories about spirits and souls 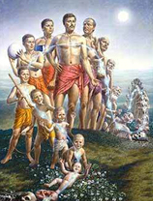 Reincarnation of the soul means penetration of the soul to a body of the born child, to start a new life on earth.
This faith still exists in the eastern countries; the west countries doubt this option, nonstop arguments for and against. Serious investigations conducted by scholars, especially French, English and American.
The final result of all investigations, trials and testimonials for and against the phenomenon of the soul reincarnation, is this: there is no sufficient evidence to rule reincarnation of the spirit happens to everyone, but there is sufficient evidence confirming the existence of the phenomenon. In some cases the use of modern spiritual ritual and hypnosis provides evidence that contradict it.
The soul returns to earth to reincarnate voluntarily. This is not as unusual as many believe.
The soul does it if it has incomplete issues in former life, or if it wants to acquire more knowledge, experience or correct an injustice done to someone.
For example: A lady and her daughter visited for the first time in Minnesota U.S., she was delayed because of a train locomotive breakdown, surprisingly the place was familiar to her and she even knew one of the houses, that she lived in before. She asked permission to explore inside. She realized that the house was exactly as she described to her daughter. the woman felt like she had a déjà vu from her previous life, and that her current life are reincarnation, but people showed interest in the story discover that during her birth there were no houses in that area. And the house was built when the woman was a young lady.
The case above is a phenomenon of remote describes ability, using expand awareness and increasing the range of normal sense perception.