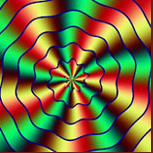 Dr. Cannon made more than a thousand investigations about hypnosis, equal results were obtained.
He concluded that reincarnation is a real phenomenon; one can argue about the subject and prove the opposite with logical sentences, on the other hand scientific facts and tests speak for themselves.

Normal psychological analysis, a psychiatrist does to a suffer person will not always reveal the root of evil, turning this root sucks evil from past-life. A person may suffer in his present life because of mistakes he made in his past life, in accordance to the eternal law of cause and effect
For example, one successful and talent dealer suffered all his life with fear using the elevator, he studied Psychology and Psychopathology in a serious way, yet never used it even a little.

Psychoanalysis did not found out the source of his fear- hypnosis discovered. Hypnosis is similar to a regular sleep. The difference between them is that in hypnosis the person conducts it holds the supervision of sub-consciousness of the sleeping person and controls it. Hypnotic state can keep track of past memories for the sub consciousness remembers everything, it is a sort of archive of information received by the five senses in time of full recognition, but no one notices them, because they do not interest and are “forgotten.” Hypnotist turns to the hypnotized person and ask him to tell his past and he tells: he gives details that are unknown even to himself, that “forget” them, he talks about his life in the present days, of his boyhood days on his childhood. Finally, he comes to the time of his birth, he knows a few details about the looks of the room he was born, the people, the furniture and the weather at the time.
The hypnotist ask about more of his past and the hypnotized goes out of his body and outside he continues to see everything, and even more he sees what he wants to see and be everywhere his soul wants. It tells about the life in other plains in the other world, the “death” and the early life of the physical body.
The hypnotic investigation revealed that the trader, a few hundred years ago was a Chinese general. He accidently fell from a great height and was killed. His injured soul affected his nerves leading to fear of travel in the elevator. (Healing part is also using hypnosis)

Another example: a woman who had a terrible fear of water, when she was in hypnotic anesthesia she found out she was a slave in ancient Rome and was sunk by chains and stones tied to her body.
Another case: A person suffering from fear of disaster that could happen, in hypnotic exploratory no reason was found exploratory present life therefore a search in the life before birth was made, the life of the soul, and then the previous life on earth, those living man was an Egyptian slave of a Roman ruler.
The roman always used to threaten him with cruel punishments. Tracking continue on to the past, man “poll” a few “past lives his life but in those no reason found 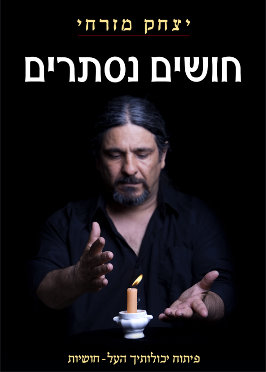